You and Your Shadow

"To confront a person with his own shadow is to show him his own light." ~ Carl Gustav Jung

Strong, negative emotions can catch us by surprise, and can be incongruent with who we know ourselves to be.  Feeling irritable for no apparent reason, or catching an unexpected frown on our face in the mirror, are perfect examples.   Wouldn't it be so wonderful to have a magic way to make fearfulness, anger, and insecurity disappear for good?
We all have a "dark side", or shadow.  The shadow is represented by deep mental grooves that lead to negative feelings and behaviors.  Besides triggering strong feelings, it may result in unwanted habits, such as being habitually late, self-sabotaging, or spreading gossip about others.  Other examples are stretching the truth, erupting at the ones close to us, or masking insecurity with pride and boastfulness.  The shadow is the person you'd rather not be.  It personifies the selfish, unpredictable, primitive, egocentric, and violent aspects of yourself.  These undesirable aspects of self have often been dis-owned by consciousness, nicely packaged and filed away deep in the unconscious. 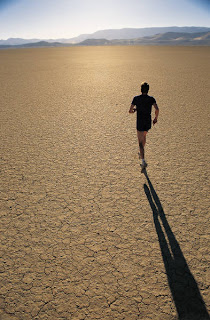 As painful as these aspects can be, they have important lessons to teach us once we bring them into consciousness.  Let's take the example of Nora*, an administrative assistant at a medical office.  Nora took pride in being a conscientious worker and "always going the extra mile" for her supervisor and patients.  Over time, she found herself having resentful feelings towards her boss, the medical director, whom she perceived as neglectful and irresponsible in patient care.  She became irritable with him in meetings and found herself frequently rolling her eyes around him.  After meeting with a therapist and exploring her feelings and behaviors, Nora became aware that her judgment about her boss mirrored her judgments and fears about herself.  She herself was insecure and afraid of seeming "incompetent", which she covered by over-functioning in numerous ways.  When Nora became aware of the harshness of her inner judge, she was able to let go of the resentment and judgment of her boss.  Their relationship subsequently improved.  More important, Nora was able to feel more compassion for herself.
Raising awareness for one's shadow is important.  Getting to the root of these feelings and behaviors can be liberating and improve our relationships to ourselves and others.  So how do we do this?  Here are some tips:
*Nora and her example are purely fictional for illustrative purposes of this article.  Any resemblance to actual people is purely coincidental.
Posted by Eva-Maria Gortner, PhD at 2:27 PM